Loans in foreign currency – what you should know

Loans denominated in a foreign currency are akin to mercantile financial services relating to the buying and selling of foreign currency, because the monthly repayment instalments due are calculated, each time, on the basis of the selling rate of exchange for the currency applied by the bank, whereas the amount of the loan advanced is determined by the latter on the basis of the buying rate of exchange that it applies for that currency.

According to settled case-law on Directive 93/13/EEC, consumers have the right to claim against the lender, that a contractual clause which allows the lender to determine the amount, in national currency, of each of the monthly instalments due, by reference to the selling rate of exchange for the foreign currency applied by the bank on the due date, is unfair.

In what regards Cypriot banks, it seems that in most cases, they failed to comply with the directions of the Central Bank of Cyprus about lending in a foreign currency. In this respect, there is a letter – direction of the Central Bank of Cyprus towards all banks in Cyprus, by which it asked them to always make sure to inform their clients about the rate exchange risk in a loan denominated in a foreign currency.

In that letter – direction, there was attached a statement purported to be completed, each time, by the client, so as to verify that he has been informed about and accepted the risk.

In many cases, Cypriot banks failed to effect the signing of the statement having also failed to inform properly the client about the risk he was taking. In other cases, the statement was completed inadequately.

Equally important are the reports on monetary policy issued by the Central Bank of Cyprus where it is reported, amongst other things, that there is a rise in loans in Swiss francs due to the low interest on the said currency but also due to the fact that borrowers remain ignorant of the risk they are taking.

Based on the above, borrowers, have strong claims against Cypriot banks – their lenders.

Our law office specializes in cases of this kind and we expect, within the coming months, the hearing of some of them, before the district courts. We expect that national courts will adopt EU case law, in favour of the borrower. 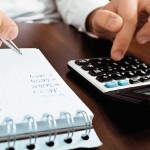 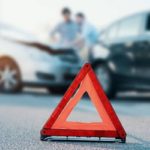 Traffic Accidents – what you should know
September 9, 2015 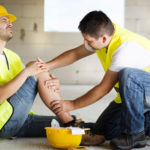 Accidents in the workplace – what you should know
September 9, 2015